Thursday 15th of August, 00:00 PZS 3134 views
Slovenia swept the women's lead discipline event at the IFSC Climbing World Championships in Japan's Hachioji on Thursday with Janja Garnbret taking another gold and Mia Krampl silver. This is the second gold medal for Garnbret at this championships after she defended the title of bouldering world champion on Tuesday, and her fifth world championship gold medal overall.

Mia Krampl and Janja Garnbret Get Silver & Gold in Lead (photo credit: Manca Ogrin)
"I was a little nervous before, because I didn't know what to expect, the route was bumpy and you just had to climb, so you could see in my climbing I was a little bit nervous, but I did all I could, so I was happy with my performance. And that I've won again, twice at this championships, is just amazing," the 20-year old champion Janja Garnbret said.
>>> 'Dominant' Garnbret creates history with second world title (BBC Sport) 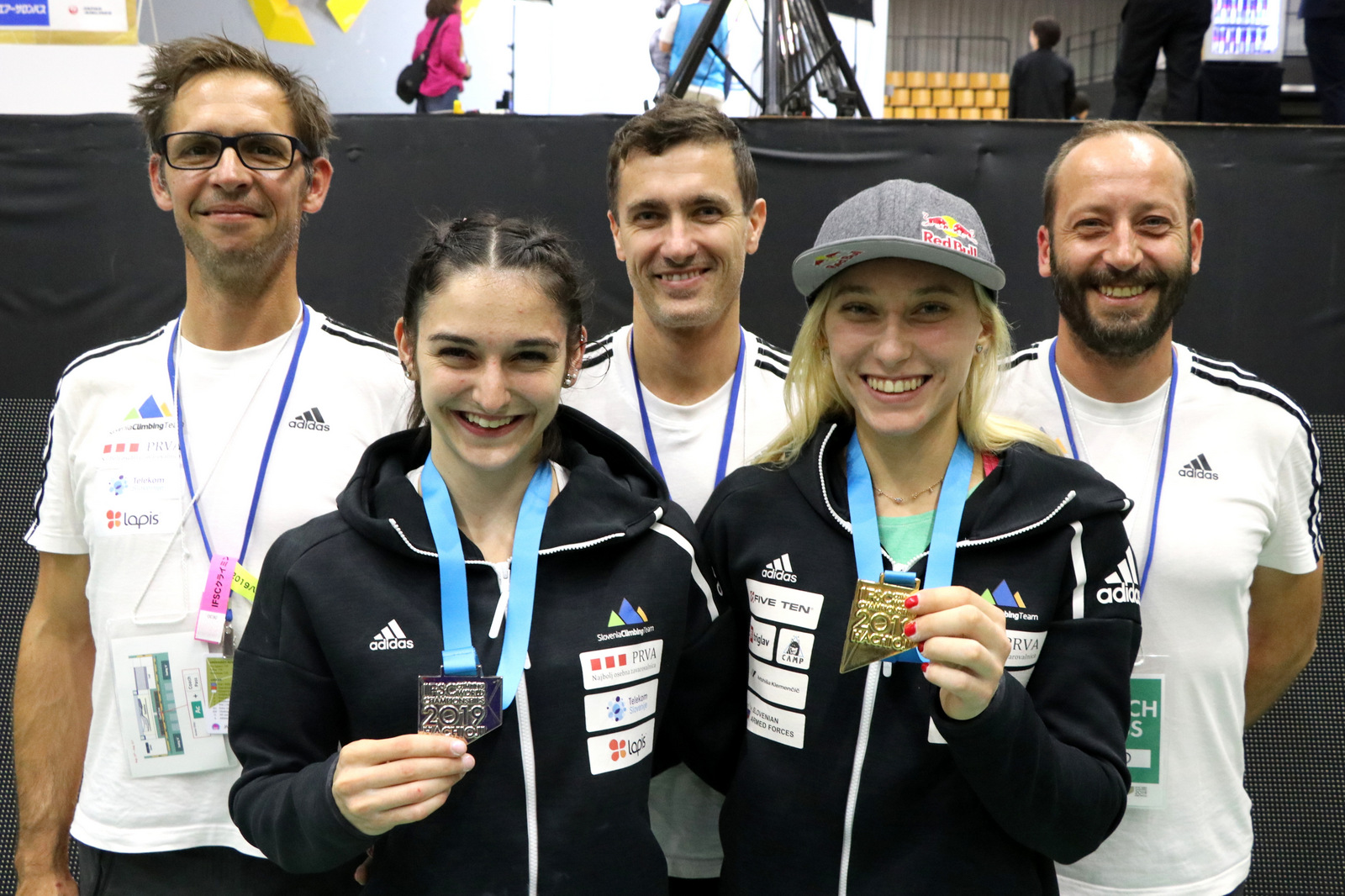 Slovenian climbers Janja Garnbret and Mia Krampl get gold and silver in lead at the IFSC Climbing World Championships in Japan's Hachioji  (photo credit: Manca Ogrin)
The home crowd cheered Ai Mori, who placed third, after the 19-year old Slovenian Mia Krampl, who won her first medal at major competitions. Her only podium so far was third place in bouldering at the World Cup meet in Munich in May this year.
The latest feats have put Slovenia's tally of medals at climbing world championships to 17.