Tuesday 12th of September, 10:00 PZS 4133 views
The final competition of the IFSC World Cup 2017 is going to take place for the 22nd time in Kranj sports hall Zlato polje (Golden field). On 11 and 12 November you can come in person and loudly encourage Slovenian sport climbing heroes and meet the best sport climbers from around the world.

IFSC Climbing World Cup Kranj 2017 already at the beginning of November (photo by Stanko Gruden)
The final competition of the Sport Climbing World Cup in Kranj, conducted under the auspices of the International Federation of Sport Climbing (IFSC), is considered one of the best organized and is the most popular among the competitors. At the same time, the organization of a competition on such scale ranks Planinska zveza Slovenije (the Alpine Association of Slovenia) among the largest sports federations in the field of competitive sport, and provides it with the visibility and reputation, both in Slovenia and abroad. 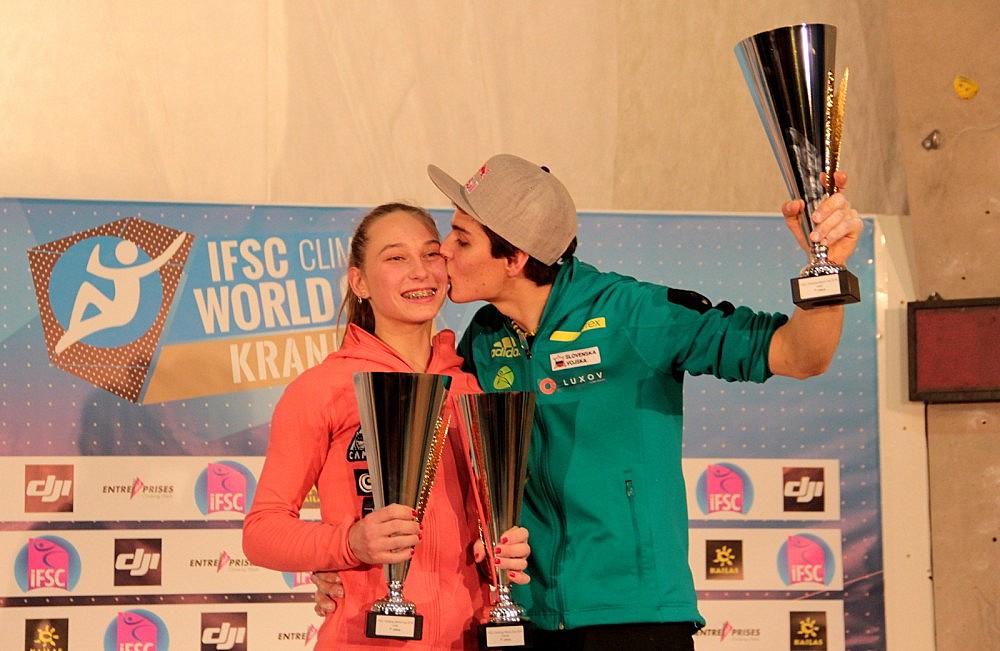 It is inspiring that Slovenian sport climbers are traditionally among the best in the world: Janja Garnbret, leading in the overall World Cup 2017 lead ratings and last year Season Champion and World Champion in lead, Mina Markovič, second at European Climbing Championships 2017, who won in Kranj several times, and Domen Škofic, last year Season Champion in lead. We can again expect a large number of climbers from the Slovenian sport climbing national team competing on home ground.

The success of Slovenian sport climbers is a result of good, systematic and persistent work of the teams, trainers and climbers, and of their passionate dedication and invested effort, so on their home ground they deserve strong support in person.
You are kindly invited to attend the competition in Kranj!